Inequality Hurts: The Unhealthy Side of Economic Disparity. As part of our series on economic inequality, Paul Solman investigates the health effects that inequality can have on individuals and society. To determine the hidden costs, he speaks with epidemiologists, former six-figure income earners who are chronically unemployed and poor teenagers who struggle with inequality each day.

It's Time to Show IT Off. The thing is, if material success is important to a person, then a kid could do a lot worse than to follow a career in information technology (IT). For example, it was recently reported that mobile app developers are pulling in six figures — whether they had a college degree or not.

Six figures for someone in their 20s! Hey, that seems like rap star status to me.

Julius Clark thinks so, too. Clark is the president of the Charlotte (N.C.) Chapter of the Black Data Processing Associates (BDPA), a professional technology organization formed in 1975. I was introduced to Julius over the summer when Creating IT Futures Foundation partnered with BDPA's own foundation to award $10,000 in scholarships.

Read the full Creating IT Futures Blog post.
Posted by Unknown at 11:00 AM No comments:

Read the rest of the  Minnesota Spokesman-Recorder article.
Posted by Unknown at 11:30 AM No comments: 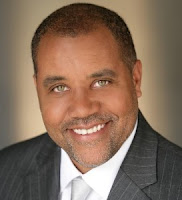 There are three that I have worked with over the years. I am sure there are others and I am even more certain that most of our people, particularly our young people are not aware of these groups.  I know this because I do quite a bit of public speaking around the country.  When I ask students if they are familiar with The Black Data Processing Associates (BDPA), BiTWiSE, or Blacks In Technology the answer is invariably no.

Read the rest of The Atlanta Post article.
Posted by Unknown at 11:15 PM No comments:

Read the rest of the Mason Pulse-Journal article.
Posted by Unknown at 8:15 AM No comments: 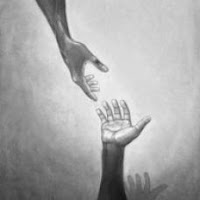 Top Three Ways to Build Your IT Community. As IT Professionals, we spend many years developing our crafts and investing in our careers. Along the way, we have all been fortunate enough to get help from many sources, including colleagues and mentors who decided to take the time to share their knowledge and experience with us.

As a result, we grow in our profession. Most of us inevitably ask the question – what can I do to give back and make the same investment in others someone made in me? Fortunately, there are many ways in which we can ‘return the favor’ in the IT Community while making a positive impact on our industry.

Read the rest of this IT Martini article.
Posted by Unknown at 11:15 AM No comments:

Honorees Named for 18th Annual Caribbean American Heritage Awards Gala. BDPA Education and Technology Foundation (BETF) director Larry Quinlan is among the individuals that will be honored by the Institute of Caribbean Studies (ICS) at the 18th Annual Caribbean American Heritage (CARAH) Awards Gala on November 11, 2011. The elegant affair recognizes individuals of Caribbean descent of accomplished and emerging stature in their field of expertise or who have made outstanding contributions to the community. Larry Quinlan is the Chief Information Officer for Deloitte, a professional services organization. His expertise has helped the company develop and implement a globally recognized strategy to address technology use, application, infrastructure and execution. He serves on the US Executive Committee and chairs the global CIO Council. He will receive the Award for Outstanding Contribution to Corporate America.

Read the full South Florida Caribbean News article.
Posted by Unknown at 10:15 AM No comments:

View more documents from Wayne Hicks
Posted by Unknown at 11:00 AM No comments: