In IT Security, Clark Found His Stage.  Of all the new directors on the board of the Creating IT Futures Foundation, Julius Clark certainly has the most broadly defined IT career.   And, to think, it started almost by accident.  Clark grew up in Boston’s Roxbury Madison Park neighborhood. During his high school’s junior year, a teacher casually invited him to sign up for the computer-programming course he was teaching. Julius went along. “I was intrigued.”

Turns out, programming was a fun challenge Clark had never encountered.


“There was this whole different level of thinking. You set your variables, and you didn’t have to play with the numbers anymore. We learned BASIC, Turbo Pascal, but he’d let us take breaks to play games on the computers. One of the most complex programs we had to write was to simulate the Space Shuttle launch sequence.”

Read the rest of the Creating IT Futures blog post.
Posted by Unknown at 3:15 PM No comments:

Creating IT Futures Foundation Elects 2012 Board of Directors.  The Creating IT Futures Foundation has elected its 2012 Board of Directors, adding three new faces to the group.    Julius Clark of Wells Fargo Bank; Diana Ermini of OnForce; and Hayward West of Deloitte Consulting were selected to help guide the Foundation as it continues as the philanthropic arm of CompTIA and deploys its new IT-Ready Apprentice Program in its first two locations, Cincinnati and Minneapolis / St. Paul.

LinkedIn for Personal Marketing and Branding with Keith Warrick. Keith Warrick, my friend and fellow LinkedIn evangelist, was interviewed on BDPA Blog Talk Radio about professional social networking. Keith was an early adopter of LinkedIn, becoming a member well before I joined April 1, 2005.  In the BDPA interview Keith pointed out the benefits of LinkedIn goes far beyond an online resume. So many people turn to LinkedIn when  they are in career transition only. LinkedIn is a powerful tool which can promote your skills, demonstrate creditability and build relationship.

Read the rest of the CyberLife Tutors article.
Posted by Unknown at 2:00 PM No comments:

Posted by Unknown at 9:45 AM No comments: 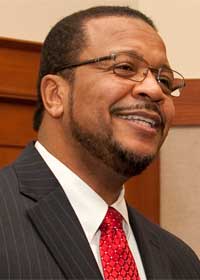 Wheeler Coleman Sworn In as NIU Trustee. Thirty-four years removed from his arrival on the campus of Northern Illinois University as a freshman, Wheeler Coleman was sworn in as the university’s newest trustee.


"Less than 34 years ago I was admitted to NIU and I came through these doors wide eyed, naïve and ill-prepared for the academic and social challenges I was about to face," said Trustee Coleman, who grew up on the West Side of Chicago.

"However, with the help of great people – from the faculty, my fellow students and from the administration – I was able to get through this university with a degree in computer science in 1983."

Immediately after graduation, Coleman took a position as a programmer at what was then a small, nearly bankrupt company: Blue Cross and Blue Shield of Illinois.He moved into management four years later and was part of the team that built the company into what is now the largest, non-investor owned insurance company in the nation.  He currently holds the position of vice president and chief technology officer at what is now known as Health Care Service Corporation.

NOTE: Wheeler Coleman is a member of our BDPA Chicago chapter and a past winner of BDPA's Career Achievement Epsilon Award.
Posted by Unknown at 12:15 PM No comments: 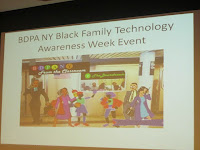 Read the rest of the PR.com article.
Posted by Unknown at 10:00 PM No comments: 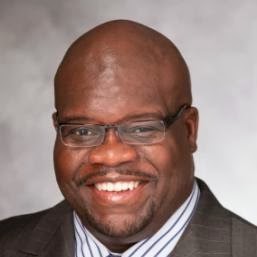 "McDonald's embraces diversity," he notes. "We want to make sure we respect people on both sides of the counter. We value diversity from the crew room to the board room." Mathews is also Corporate Advisory Council (CAC) co-chair for the Chicago chapter of Black Data Processing Associates (BDPA).

Read the full Diversity/Careers article.
Posted by Unknown at 8:30 AM No comments: