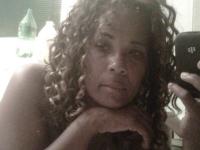 Job Separation Trend Runs Counter to Market. Jacqueline S. Anderson had been used to high ratings as a technology manager in the financial industry for 30 years, but once she spoke up about what she saw as mistreatment of one of her subordinates, that changed.  After the technology manager at Charles Schwab filed a discrimination claim with the California Dept. of Fair Employment and a lawsuit in Superior Court, she was abruptly terminated.

Read the rest of the BlackMoney Worldwide article.

NOTE: Jacqueline Anderson is a member of our BDPA Bay Area chapter
Posted by Unknown at 11:00 AM No comments:

Three Jamaicans To Be Honored At Annual Caribbean American Heritage Awards. The Institute of Caribbean Studies will recognize the outstanding accomplishments of three Jamaicans at the 18th Annual Caribbean American Heritage (CARAH) Awards on Friday, Nov. 11th at the Renaissance Hotel in Washington, DC ... Larry Quinlan, Chief Information Officer for Deloitte LLP, will receive the Award for Outstanding Contribution to Corporate America.

NOTE: Larry Quinlan is a BETF board member.

Read the rest of the South Florida Caribbean News.
Posted by Unknown at 9:15 PM No comments:

IT Hall of Fame Seeks Nominations. IT trade group CompTIA is now accepting nominations for its 2012 IT Hall of Fame inductees. The hall recognizes IT Innovators and IT Channel stars. The Class of 2011 included Phil Katz, creator of the .zip file format, as well as Earl Pace, founder of Black Data Processing Associates. The CompTIA A+ Originators, those who developed a key certification program, entered the IT Channel wing of the hall this year.

Read the rest of the Network World article.
Posted by Unknown at 8:30 PM No comments:

Posted by Unknown at 4:00 PM No comments:

Maryland's Digital Ambassador. Like a musician serenading his fans; a pastor rallying his congregation; or a coach motivating his team, watching Mario Armstrong deftly move around a packed auditorium at UMBC Sunday evening was both inspirational and motivational.

Hugging friends and colleagues, coaxing audience participation and preaching passion and ‘positivity’ – the Maryland-based “Digital Lifestyle Expert” – a regular contributor to CNN, NPR and NBC – attracted 300+ people at the end of a long holiday weekend in the name of technology, innovation and opportunity.

Read the rest of the 'Selling the Free State' blog post.
Posted by Unknown at 10:45 AM No comments:

Clemson's Gilbert Receives Presidential Mentoring Honor, Election Contract. Dr. Juan E. Gilbert, Chair of Human-Centered Computing in the College of Computing at Clemson University, has gained attention from President Obama for his work to increase the number of underrepresented students in math, engineering and science. Gilbert's many discoveries include the African-American Multiple Learning Styles integrated learning system, with a prototype designed to teach algebra in a culturally-responsive way. He was also selected this summer to lead a three-year $4.5 million contract with the U.S. Election Assistance Commission to create accessible voting technology. He is developer of the Prime III universal voting machine, which he presented on during the 10th annual Innovation and Equity symposium in San Francisco in 2010.

Read the rest of the BlackMoney Worldwide article.
Posted by Unknown at 10:45 AM No comments:

The Presidential Award for Excellence in Science, Mathematics, and Engineering Mentoring, awarded by the White House to individuals and organizations, recognizes the crucial role that mentoring plays in the academic and personal development of students studying science and engineering—particularly those who belong to groups that are underrepresented in these fields. By offering their expertise and encouragement, mentors help prepare the next generation of scientists and engineers while ensuring that tomorrow’s innovators reflect and benefit from the diverse talent of the United States.

See the full list of honorees on the White House website.
Posted by Unknown at 7:45 AM No comments:

Building More Minority Engineers, As Early as Elementary School. As a young teen, Wesley Williams believed his only career option was to work at a local warehouse in his hometown of Memphis, Tennessee.

Now, nearly 10 years later, he is a college graduate and an IT administrator and developer.

“I would be either dead or in jail," he said. "Those would have been my options had it not been for BDPA.”

BDPA, formerly known as the Black Data Processing Associates, is a non-profit organization founded to increase the number of minorities in information technology related industries.

In high school, Williams had no interest in academics and spent most of his time hanging out with the wrong crowd. His mother pushed him to join the local BDPA chapter. There, he discovered a love for technology.

Read the rest of the CNN.com article here.
Posted by Unknown at 1:30 PM No comments: 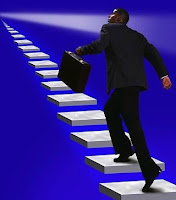 Why IT Drives Success in Business. Combine all the belt-tightening in a down economy with an increasing shift toward the cloud, and you might think IT isn’t as relevant today to small business as it was just a few years ago. But in fact, IT is a critical component to driving success, especially given the growing number of malware and other threats, an increased reliance on mobility, and adoption of more consumer devices into almost every business.

“Not investing in IT infrastructure or applications is a mistake,” says Terence Hall, communications coordinator and senior network engineer at BDPA New York, a nonprofit organization for professionals in computer science and IT. “There can be a large expenditure for maintaining IT, but many companies are now offering lower-cost solutions for SMBs. And if software licensing is an issue, open-source software is a great solution.”

Read the rest of the IT Business Net article.
Posted by Unknown at 2:30 PM No comments: