BDPA Southern Minnesota Hands Out Awards, Scholarships. The Rochester chapter of a national technology nonprofit presented a series of scholarships and awards at its annual banquet Sunday.

The Black Data Processing Associates, which matches high school students and mentors of all races and gender, held its 15th annual Scholarship and Education Banquet at the Rochester International Event Center. Through an extensive list of mentors and volunteers, BDPA delivers IT to its members, strategic partners and the community, "from the classroom to the boardroom."

Under the theme of "Diverse Opportunities in the Age of Convergence," the group led by founder Betty Hutchins of Mayo Clinic honored its outstanding members and volunteers during an event that featured many local alumni of the BDPA program who are either in college or have gone on to successful careers.

Read the rest of the Rochester Post-Bulletin article.
Posted by Unknown at 7:30 AM No comments: 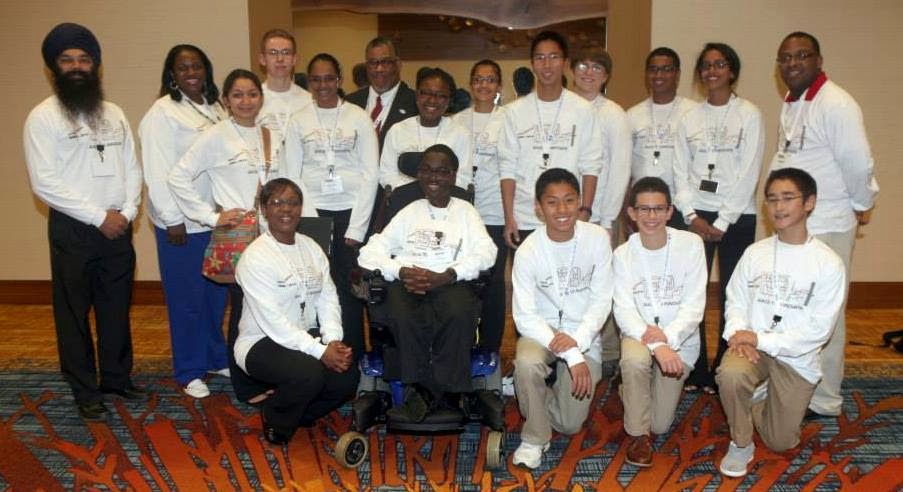 BDPA Scholarship Banquet is Sept. 14. The Black Data Processing Associates, Rochester Chapter will hold its 15th annual Scholarship and Education Banquet on Sunday, Sept. 14 at the Rochester International Event Center, 7333 Airport View Drive S.W. A silent auction will be at 4:30 p.m. and dinner at 5:30 p.m.

The annual fundraiser will include awards, scholarship presentations and a celebration of BDPA's contributions to the Rochester community.

Tickets are $45 for adults and $30 for alumni and students.

See the full Rochester Post-Bulletin announcement.
Posted by Unknown at 11:45 AM No comments:


Reaching for the Stars honors 2015 Leaders for the Future. The Reaching for the Stars Program takes great pride in identifying, honoring, and creating awareness of young, emerging leaders in the African American community destined to be future leaders of our City. These exceptional leaders epitomize excellence in character, service, leadership, and achievements. The 2015 Leaders for the Future were honored in June in a very special ceremony at the University of Cincinnati’s African American Cultural and Resource Center.

Hasani Harrigan, Seven Hills High School, junior. Hasani is an honor student and a three-sport athlete. He received the Coaches Award for Golf, was the team MVP in baseball, and he played on the basketball team. He was awarded Best Overall Science Portfolio by the Emerging Ethnic Engineers, Outstanding Technical Achievement recognition by the BDPA Cincinnati.

Read the rest of the Cincinnati Herald article.
Posted by Unknown at 9:15 AM No comments: